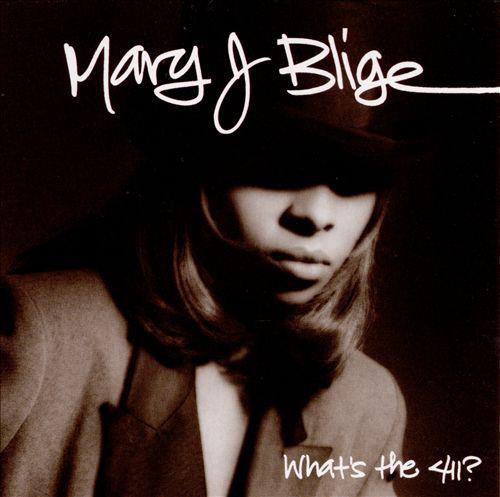 If there’s one album ya gal is blastin’ this throwback Thursday it’s Mary J Blige’s, ‘What’s the 411?’

For those unfamiliar with the record, let’s take a bit of a trip back down memory lane to delve into the depths of this iconic record.

Released back in April 1992, ‘What’s the 411?’ was really the album that cemented Blige’s status as the ‘Queen of Hip Hop and Soul’.

After signing Uptown Records, Blige began creating the record with none other than Sean “Puff Daddy” Combs.

Signing to Uptown proved to pay off as she was able to gain access to some of the biggest producers and songwriters including DeVante Swing, Tony Dofat, Dave Hall, Mark Morales and Mark ‘Cory’ Rooney.

The end product resulted in a timeless assortment of hip hop soul and contemporary R&B tunes.

With over 3.4 million copies sold, the album became triple platinum certified by the Recording Industry Association of America.

So you’re probably wondering what’s behind the name of the record?

Fun fact, the album’s title nods to Blige’s past occupation as a 4-1-1 operator.

Each tune on the album showcases Blige’s “powerful soulful voice and hip hop attitude”, which allowed her to speak for and connect with a much broader audience in a refreshing way.

Singles like ‘Real Love’ and ‘You Remind Me’ never cease to tire wiht their classic fusion of Blige’s sweet soulful vocals alongside Puff’s more spontaneous, solid hip hop beats is what makes these tunes so addictive and timeless.

Just recently this year the album was ranked at 271 on Rolling Stone’s 500 Greatest Albums of All Time.

If you haven’t already listened to ‘What’s the 411?’, be warned you will be playing it on repeat when you get it right HERE.